As I walk along the trail cut into the side of the steep hill among the farkleberry shrubbery, I take note of a few dried, blackish-blue berries the size of my well-worn pencil eraser…they catch my eye; few hungry mocking birds or straggler cedar waxwings must have alighted here…maybe the fare was better on down the peninsula nearer the lowland and the water. 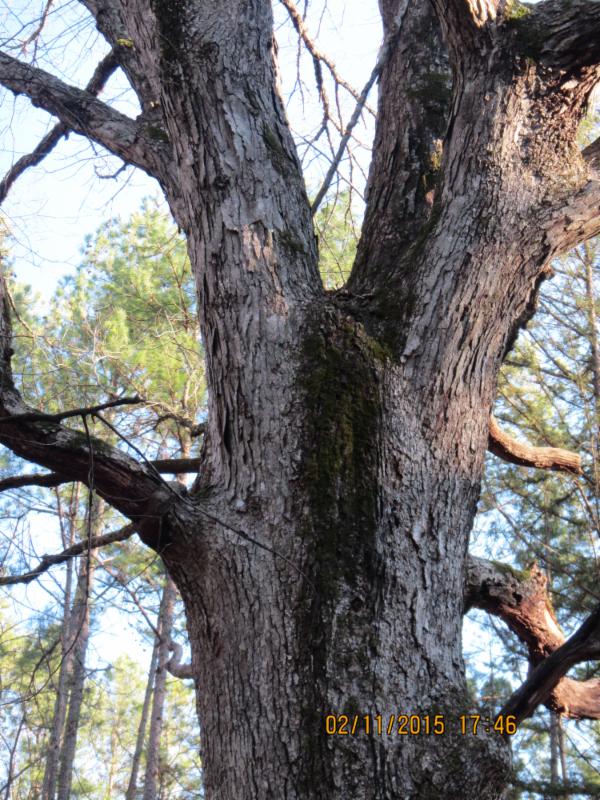 Anyway, there’s a tall, white oak well anchored at the trail’s edge here…its stout, majestic ashen-white limbs of bark covered wood cells arch gracefully into the forest, as oaks do, away from the trunk…I must stop. Some species of moss has grown a firm hold on that ashen-white bark, its rhizoids (not roots, for they have no vascular tissue) have attached to the bark surface of that mighty oak…rhizoids grow from the moss stem-like branches (not true branches, for they, too, lack vascular tissue)…moss branches bear leaves (not true leaves…)…leaves two or three cells thick. And they are brilliant green in their winter dress after the moisture of the recent drizzle. 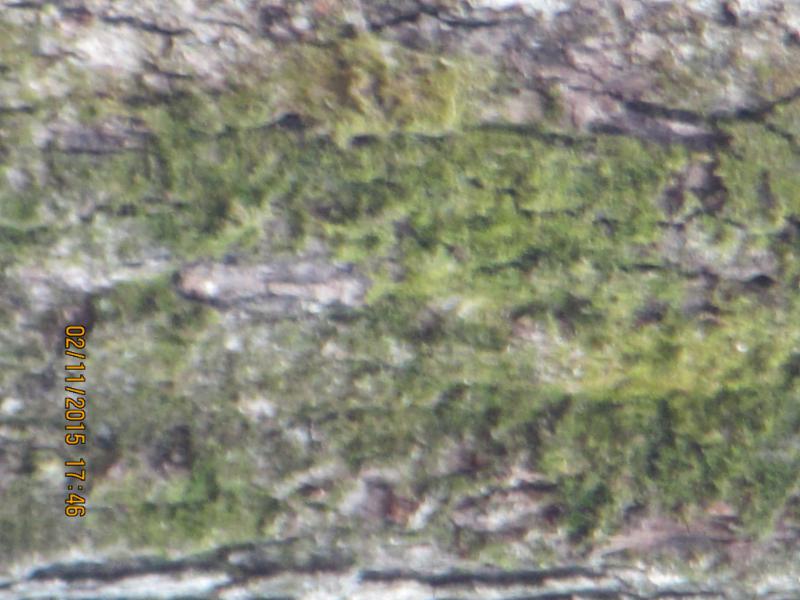 I’ve always liked mosses and their miniature plant-like look (I recall placing some moss alongside a few rocks and a small ebony spleenwort fern in a gallon mayo jar for a terrarium back in second grade). I pull out my hand lens and peer into that splendid, green, velvety moss right at eye level on the oak’s trunk. Tiny leaves now become larger so I can indeed see their small midvein and toothed margins…this brilliant green color tells me that moss cells loaded with chlorophyll molecules are busy at work turning light energy of the day into chemical bond energy binding together molecules of carbon, hydrogen and oxygen into some carbohydrate form, a sugar that the moss uses as it grows (or provides a nutritious meal for any hungry snail or insect chewing on it).

The white oak where I had stopped is a vascular plant with cells all stacked up making its roots, trunk, limbs, and leaves conducts water up from the soil and then, too, this vascular system conduct sugars (made by the same photosynthetic process found in the moss)…the oak conducts sugars away from the green leaves where they are made, both up and down, to the growing tree tissues (root tips, stem tips, flower buds, vascular and cork cambia that make more wood and bark). This oak is a massive, handsome tree on the hillside here amid the farkleberries.

The tiny moss, which caught my attention causing me to pause on my trek through the woods, is a dainty, most intricate growth of green just living out its existence so easily, maybe even more so than the giant oak that makes use of (and even needs) much larger root, trunk, branch and leaf structure.

Oh, the grandeur of the woods this time of year! Have you felt it? Have you paused, even for a second, to marvel at the beauty held there in the structure and activities of the oak and the moss? Just stop for a minute and try it today!