Great fun and interesting cooking techniques were on tap for the “Five-Star Dining around a 100 Year Old Cabin” event held at South Fork Nature Center on October 13, 2015. 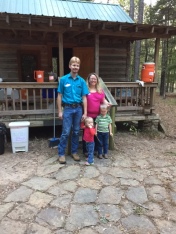 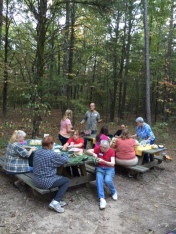 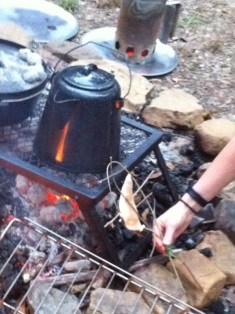 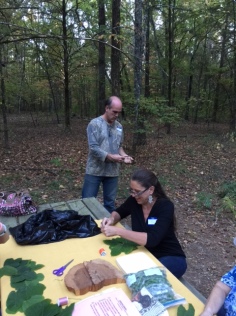 Another group of participants mixed the ingredients for peach cobbler and poured it into the waiting Dutch Ovens. The ovens were placed in the fire ring and banked with hot coals. Approximately 1 and ½ hours later the evening’s activities wrapped up as the group devoured the delectable dessert! As darkness fell the last of the food packets were removed from the coals, a lantern was lit and stories started surfacing about “when we use to camp……” etc.

The evening was a great success. Primitive cooking techniques, using homesteader tools (and a little foil), were explored and fun was had by all!